These days, I have reached a fragile accord with sleep, but for a long time it, or rather its absence, dominated my life.

In my twenties I struggled with sleep. I never had any trouble getting off but staying under seemed impossible, and I had often given up by 4:30 or 5 am and was up and dressed, just me and the mice.

Then I realised: I’d become one of those tiresomely tired people who responds to the polite question “How are you?” with “Ugh, exhausted.” This could not go on; steps had to be taken.

I started taking naps in the office canteen at lunchtime, until my boss made it clear he didn’t approve.

I tried giving up caffeine (no difference), I tried exercise (good in other ways, but didn’t help my sleep).

I drank more (really didn’t help), less (a great improvement, but only for one night) and different: whisky gave me mad dreams and indigestion, cocoa did nothing, fruit tea did nothing, steamed milk did nothing…

Nytol worked brilliantly – absolutely knocked me out, so that I woke feeling completely renewed – but, again, only for one night.

Eventually I accepted the facts of the matter: it was my brain. 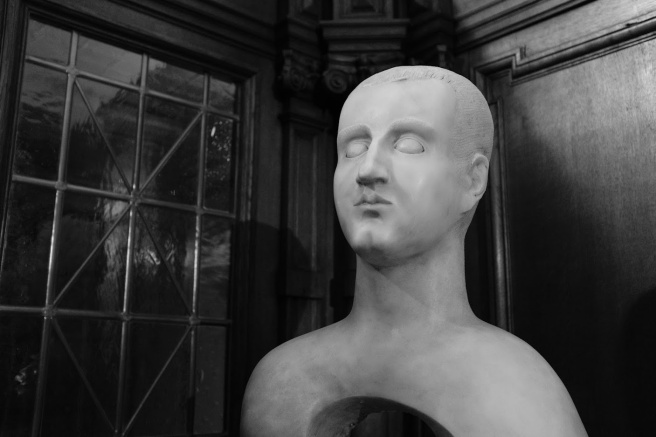 That led me to the doctor, which led me to counselling at a terraced house in Chingford where I travelled after work on a bus every Friday for two months.

My only mission was to sort out my sleep. Other than insomnia, I thought, my life was pretty good, and I was sure I was fundamentally happy.

Talking out loud, though, I realised there was some weird stuff going on:

“I usually wake up first at about 1 am. I feel very alert and sit up to check the back garden.”

“What do you mean, check the back garden?”

“Just, you know, stare out into the dark until my eyes adjust, to make sure there’s nobody out there.”

“Interesting. Have you been burgled?”

This took me back to the council estate and the people who used to raid our shed every other night, who stole our bikes, and rattled the back door from time to time. That’s when, between the ages of about 10 and 17, I got into the habit of staying up late watching the garden; of waking up throughout the night to look outside, hoping to catch them; and getting up early to see what damage they’d done.

Remembering that took me to university where staying up late was normal, and getting up early felt like an evolutionary advantage. I’d usually read a book or two by breakfast, and spent an hour or two in the library before most of my peers had stirred in search of lunch. So not sleeping became an embedded habit, and I powered through it on adolescent adrenaline.

But reflecting on university also took me into what turned out to be a foul well of pent up resentment, sadness and minor humiliations, the weight of which had slowly built up on my shoulders so that I hadn’t noticed myself being pushed down. 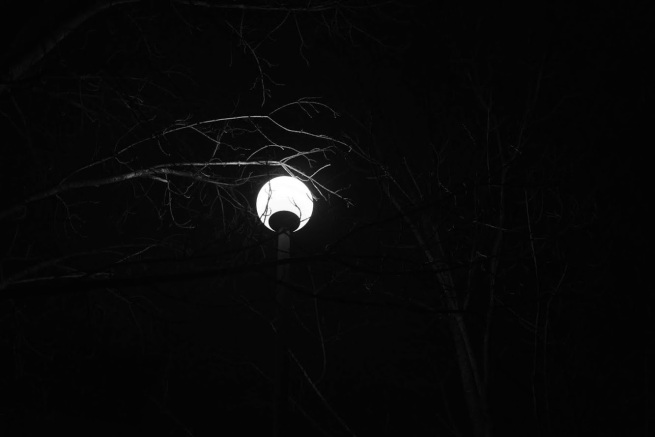 Counselling, I’m pleased to say, dealt with all that – I’m lucky enough to have been easy to fix with a bit of talking, which I know isn’t how it goes for everyone – and by the final session I felt a million times better, but…

I still couldn’t sleep. The counsellor, I sense, was a bit exasperated by this.

“Would people know you’ve slept badly and feel tired if you didn’t tell them?” he asked eventually. “Does your work suffer? Are you less effective? Does it stop you socialising?”

“So don’t tell people. It can be your secret. Why not just let yourself be.”

And you know the punchline: because I stopped worrying about it, I did begin to sleep a little better. Not well – I still don’t sleep well – but a touch deeper, a few minutes longer throughout the night. Waking up in the dark no longer felt like a personal failure, just a fact of life. I almost learned to like it.

At some point, I’m not quite sure when, I even stopped checking the garden for burglars.

The days after especially restless nights can still feel difficult but I’ve grown philosophical: like the man said, nobody knows, and bad sleep last night increases the chances of good sleep tonight, or tomorrow, or maybe the night after, but soon.

In the meantime, think of all those extra hours for reading, writing, for just being.

I was prompted to write this by a bad night’s sleep, an article in the New Yorker, and this excellent Tweet.