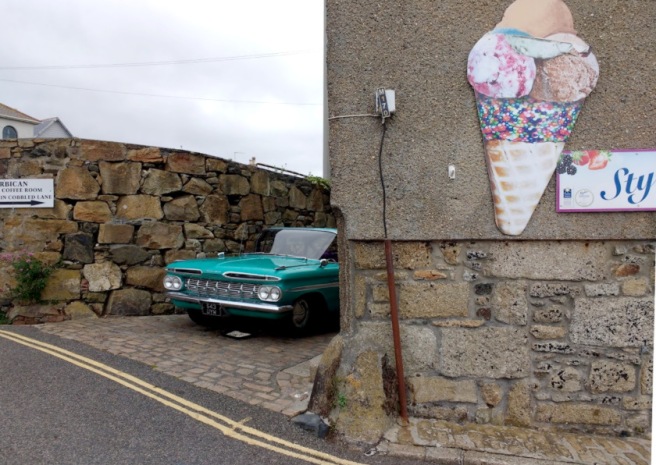 Endings are good, so let’s have one: a year since I left Cornwall for Bristol, and half a year since this project began, it feels done.

What have I learned? That there’s a lot more to learn, for starters.

One of the aims of this project was to jolt me from a rut, to make me look at towns and villages that didn’t previously have a place in my consciousness, and in that respect, it worked. I’ve read books, looked at maps, and even (money and time permitting) got on buses and trains.

Work in progress: a map of the fictional West Country, from Boskenna to Sandford. pic.twitter.com/zNPE1tBuXC

Places I thought I knew turned out to be deeper than I had considered, with further depths to explore yet. The Torquay bread riots, for example, would bear further study, as would the mysterious Prince Tchajkowsky of Midsomer Norton.

The fun, silly stuff — the trivia — turned up in surprising places, and hardly ever when I was actually looking for it. I have no doubt there’s plenty more to stumble upon, and I hope to keep stumbling. Only the other night I learned that Paul the psychic World Cup octopus was hatched in Weymouth.

“Whispered at Dulverton” — the black dog and the ghost chariot of the Wambarrows.https://t.co/SulvJGOawh pic.twitter.com/vvXkGjbjz9

I have also reached some conclusions about the West Country. Despite having lived there for six years, and knowing that it was distinct and different, I never really doubted that Cornwall was part of the West Country. Having got to know Gloucestershire a little, at the other end of the scale, it seems absurd to consider those two places part of a single entity.

(Via 'A Taste of the West Country', Theodora Fitzgibbon, 1972.) pic.twitter.com/Xw0RNKCyZT

At the same time, lots of the photos I Tweeted — of folk traditions, or tower blocks, or mysterious moorlands — look, I have to admit, as if they could be anywhere in the country.

I’ll be keeping the Twitter feed up, and this blog, but anything else I write about the West Country will be on my other, more personal blog, or on my other, less specific Twitter account. I’d love it if you joined me there.

If not, thanks for following and for reading, and I’ll see ‘ee round, my luvvers.